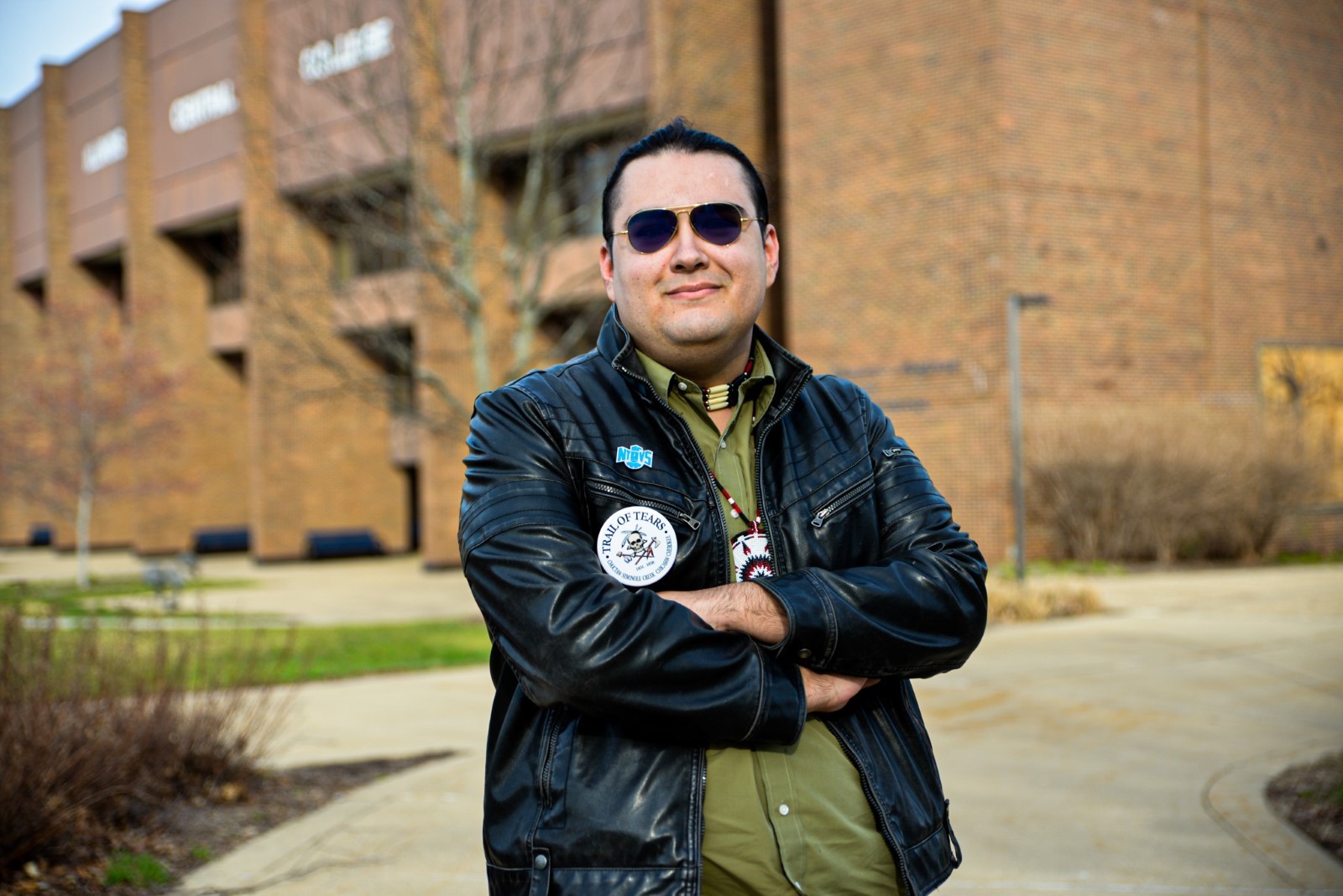 This spring, sophomore Nathaniel Parks turned his tassel and celebrated his graduation from ICC. A few short years ago, however, he had no desire to attend ICC.

Little did he know, his two years at ICC would be filled with reflection, self-discovery, and growth. While the Bartonville native may be a local, his roots run far and wide.

Nathaniel Parks’ indigenous name is Nitakechi Muckintubbee (Nee-tawk-esh-ee Mak-in-tubb-ay). He is a descendant of the Choctaw Native American Indians. The Choctaw people originally occupied the Southeastern United States of what is now Alabama, Florida, Mississippi and Louisiana. Currently, they are organized as the federally recognized Choctaw Nation, with bands located in Mississippi, Alabama and Louisiana.

When Nitakechi began his journey at ICC, he was pleasantly surprised by the number of resources available to students. “The student diversity retention coordinators consistently checked on me to make sure I was doing ok. The faculty were also some of the most caring people I have ever met,” said Nitakechi. “I felt like my experiences at ICC were far and beyond what I expected.”

Nitakechi credits ICC for breaking him out of his shell and increasing his confidence through many class discussions. “Some of my required classes were the ones I got the most out of. I’m a big fan of how ICC’s Gen Ed classes were more about discussion than lecture,” said Nitakechi.

“The professors I had were amazing. They ensured our opinions weren’t overlooked and were examined closely by the class. My favorite class was Political Science with Professor Parker. I met people with unique perspectives and Professor Parker pushed us for great discussion and debate in his class.”

Proof of Nitakechi’s transformation was on full display last month during the College’s “One Book, One College” program, in which he was the featured speaker. Nikakechi’s presentation, titled “Abnormal Aboriginal,” shared what it was like growing up in a community where few to no people looked like him. He discussed the first events that made him want to suppress his indigenous identity and shared his stories of reconnecting, healing and decolonizing.

Nitakechi shared with other students, “Don’t feel like you have to live up to anyone else’s expectations with your education journey. People in my life spoke poorly about community college. If I had listened, I never would have developed myself to this point, nor would I be ready to move forward. And financially speaking, community colleges are one of the best investments you can make.”

Now Nitakechi plans to attend Illinois State University to earn a bachelor’s degree in history and social sciences education. He also plans to open a non-profit chapter to serve Indigenous students and allies. During his time at ISU, he hopes to dedicate as much time as possible to community service, awareness, and activism.

ICC is proud to now call him alumni.