Fighting the Odds to Not Repeat History 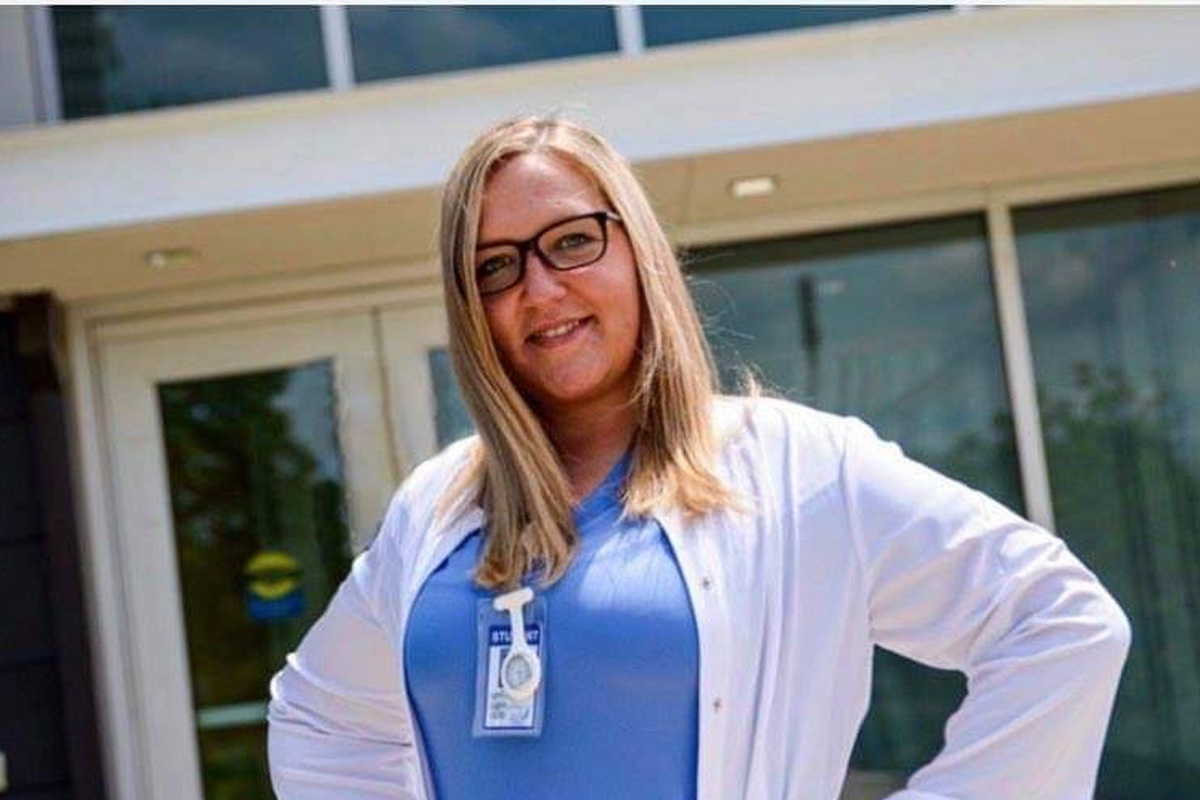 Jentezen Franklin said, “Impossible odds set the stage for amazing miracles.” At ICC, we set the stage so individuals can change their lives. One such student has overcome the odds and is making her miracle a reality at ICC.

The statistics are not in her favor and her own family doubted her, but Ashley came to ICC with a mission – to be the first college graduate in her family, to better provide for her daughter, and to help her, her fiancé, and their children build a better life together.

Ashley spent her childhood raised in foster homes as her parents were in and out of correctional facilities. Ashley candidly said, “I experienced or witnessed physical, sexual, verbal, and drug abuse, all at a young age. I was raised in and out of foster homes, but it has made me who I am today – someone striving to better myself and help others. I will not let history repeat itself with me.”

At age 16, Ashley became a mother to her daughter Sophia. Getting pregnant young was generational in her family – her mother had her at age 16 and her grandmother had her mother at 16, too. While she wanted to continue her education, she couldn’t afford a sitter and was forced to wait until Sophia was old enough to go to school. When Sophia started school, she began displaying concerning behaviors. It was discovered she had autism and was also severely allergic to several things. Ashley was able to enroll in college classes once Sophia was in first grade and more stable.

Shortly after enrolling in CNA courses, the only man she had as a father figure, whom she called “dad”, died by suicide. Stricken with grief, Ashley missed classes the week of the funeral. “Because it’s such a fast-paced program, missing class for his death almost caused me to fail out of the CNA program. I had to make up every hour I missed, so I stayed two hours after class for two weeks.” But Ashley was determined to finish and obtained her CNA certification.

Her ultimate goal was to become a registered nurse, however. She was accepted into this fall’s ICC nursing program, but before she could begin, she needed to complete two courses; Biology 205 and 206.

She began the first class in Spring 2020, experiencing the shift to all online learning during the COVID pandemic. As the Spring 2021 semester began, Ashley received shocking news no parent wants to hear. She shared, “I had been doing great. I made the President’s List and had received nearly all A’s. Then my daughter started having headaches in school. Doctors discovered Sophia had a rare brain cancer and they needed to operate immediately. During this time, I had little to no family support. I started struggling to juggle school, everyday life, and my daughter’s healthcare. I reached out to ICC Health Careers Advisor Bridget Kelly, who had advised me at the start of my ICC journey and told her what was going on.”

From that moment on, Bridget Kelly became a constant resource for Ashley, providing guidance and support that got her through her daughter’s surgery in Chicago and long nights studying at the hospital. “I would text Bridget in the middle of the night while studying at the hospital and ask her to call me the next day. She would call me at 6 a.m. and advise me or help me investigate questions I had. Every single day, she was there for me.”

Because of COVID, Ashley and Bridget had never met in person. As if by design, that changed one day in May when Ashley went to campus to receive her nursing badge.

ICC Advisor Bridget Kelly said, “Meeting her was quite the accident. I was on campus one day a week and I happened to notice her name in the student service center queue. I went out and introduced myself. We were both happy to finally meet face to face. Her daughter said to me, ‘I had brain surgery… see my scar!’ She was so precious. It meant a lot to get to meet her daughter.”

Ashley added, “We didn’t even know what each other looked like, but we had spent all this time connecting over the phone. When we got to meet, we both just cried, and it was so special she got to meet Sophie. The woman who talked me through many nights at the hospital with my daughter was now meeting her and showing her my nursing badge.”

“Bridget has been with me through it all, from helping me fill out my FAFSA and the nursing program application, to calling me at 6 a.m. to help me get through the day, she’s just been amazing.”

Another person extremely helpful to Ashley was ICC Dean of Health Careers Wendee Guth. Ashley said, “When Wendee heard about everything I was going through, she called and asked how she could help. I told her I was struggling to pass. She arranged for a nursing program graduate to tutor me. With the tutors’ help, I earned a very high grade on the final test. And throughout the course, I had submitted several non-required assignments, too. My BIO instructor told me, ‘You stuck it out and pushed yourself through a difficult situation. You didn’t miss any assignments, worked hard, and reached out when you needed help. You have passed.’’

Armed with determination, along with the support of ICC faculty and staff, Ashley overcame the intense challenges she faced to begin this fall’s nursing program.

“My journey at ICC has been amazing so far. This past spring, I really relied on my instructors, deans, advisors, counselors, and tutors. I listened to their advice and beat the odds. I couldn’t have done it without their support.”

Consider these statistics Ashley is overcoming:

At ICC, we look forward to following Ashley’s journey as she sets her stage for a successful career.

Learn more about the RN program